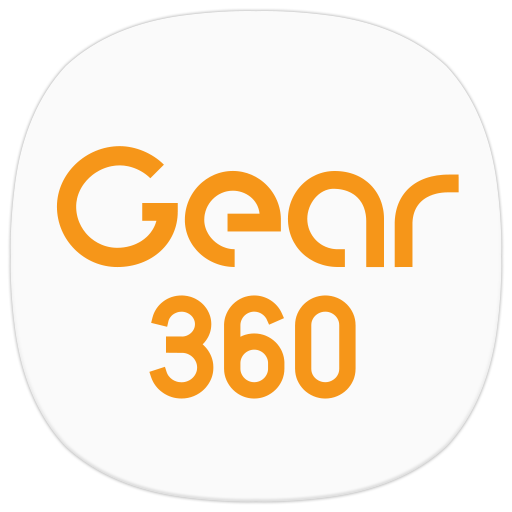 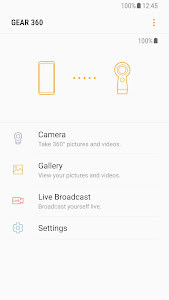 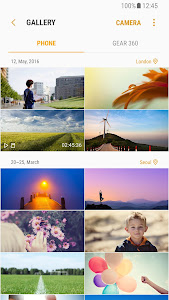 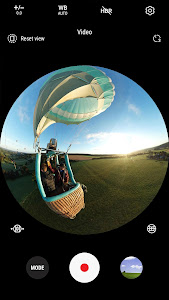 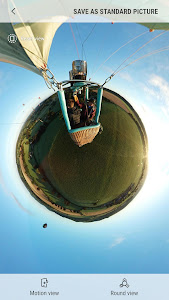 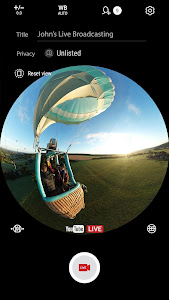 Main Features:
- Connect to and disconnect from Gear 360.
- Remotely shoot video and preview your recording
- View 360 content and save files to your smartphone
- Share your created content on social media services
- Share your best moment using Live Broadcast (only Gear 360 (2017))
- Check Gear 360 status and settings.
- Sync Date and Time, as well as GPS data.
- Highly compatible with Gear VR

Gear 360 lets you easily create, view, and share high quality 360 videos and photos of your memorable experiences.
With 360 Live Broadcast, share your best moment in real time and get live interactions (Only Gear 360 (2017))
Create your own virtual reality content to enjoy through Gear VR.

- Supported devices vary depending on your region, operator, and device brand. Please check the compatible smartphone list on the official homepage.

The following permissions are required for the app service. For optional permissions, the default functionality of the service is turned on, but not allowed.

If your system software version is lower than Android 6.0, please update the software to configure App permissions.
Previously allowed permissions can be reset on Apps menu in device settings after software update.
Read more