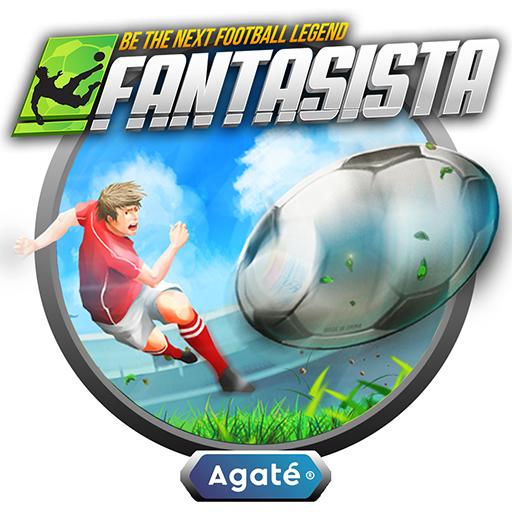 Begin your journey as a professional football player in Fantasista, a social football simulation game where you can be the godlike footballer in the field. Create your character, train hard, join the professional club with your friends and bring your club to be the champion.

In Fantasista you will feel the social competitive spirit at online simulation league. Join a team based on your favorite city with other players to build the best and most united team to conquer the world’s top football league & cup.

Train hard to improve your football skill, with many equipment to wear and so many technique to be mastered, you can build your fantasy career and become whatever you want to be; a goal machine STRIKER, game maestro MIDFIELDER, tough DEFENDER, or the unbeatable GOALKEEPER. No one can stop you to be the best footballer ever.

Football game cannot be won by one player only, but every club has at least a player who can change the course of the game instantly. They may not move very fast, they may not have the most powerful shot, but one thing for sure that they always bring hope for their supporters to change the game’s course and win the championship. That is the true Fantasista!

While playing Fantasista, you will experience the journey to be a professional football player:
- Build your character and train hard to be the next football legend
- Challenge other players in the 1 on 1 match system, and get the reward
- Join the football club along with friends based on your favorite city around the world
- Watch the live match simulation with 3D animation cut scene and review the match statistics and score.
- Customize your character with the best equipment
- Collect and activate the Skill Card to boost your football skill
- Discuss the club formation strategy with your teammate before the match in the chat room
- Set your playing style for the starting eleven and team up before the match
- Feel the exciting journey to be a Fantasista from Quest of Legend

Important Notice:
- Fantasista - A Football Legend is an online game and requires a network connection to play.
- Requires access to files in device's external storage.
- Device with a minimum of 1GB RAM is recommended. Performance is not guaranteed on device with less than 1GB RAM.

If you are having a problem or suggestions, please reach us at: [email protected]
Read more