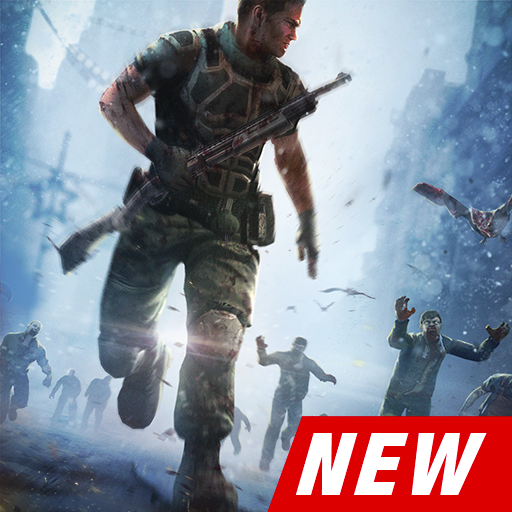 Keep your defense up and shoot zombies in one of the exciting offline zombie shooting games - DEAD TARGET.

In 2040, the zombie apocalypse began. A special sniper team was hired to head to the warfare, collect guns and save mankind! This could be your last day on Earth so defense yourself & turning into a Zombie Hunter is your only hope for survival in this zombie apocalypse.

Fight for survival in a zombie apocalypse with offline shooting games. If you don’t want to be dead, don’t deny your duty, try your best in aiming in these free zombie gun games!

This offline zombie games is a gun games where you can:
- Kill zombies with legendary 3D weapons & attractive skins
- Upgrade guns and snipers to face up with non-stop zombie attacks
- Experience 3D shooting as a true zombie shooter
- Slay zombies of all types into the dead
-------

ZOMBIE APOCALYPSE – CAN YOU SURVIVE?
Non-stop zombie attacks in zombie shooting games are coming. Shoot zombies before the invasion comes to you since the dead can come anytime in these offline zombie games. Kill zombies & survive the true offline shooting games!
Keep your finger on the trigger, ready for shooting, zombies will appear when you are unexpected.

JOIN BATTLE PASS TO COLLECT SPECIAL GUNS & MORE!
Battle Pass - An opportunity in this free game to collect useful survival items that cannot be collected anywhere else. A series of new guns and skins appear only once, this is the only chance for you. Kill zombies for survival, and join now to win the battle in the ultimate killing game!

INSANE ZOMBIE GAMES DESIGN
In this zombie games 3d, zombies are designed with various deadly killing abilities. They’re not stupid, some of them could be infected with the virus! Players can find loads of zombie types in this offline shooting game as well!
Zombies are walking towards you, let’s hunt them down & become the best hunter!

LOADS OF OFFLINE SHOOTING GAMES UNIQUE GUNS
Supply yourself with a huge real arsenal. 50 deadly guns and more to come for thrilling experience in sniper offline games. You can upgrade your survival equipment and customize guns with skins to look like a well-dressed killer in gun games offline.

SIMPLE & ADDICTIVE GAMEPLAY
Shooting games’ auto-fire system helps zombie shooters focus more on shooting and surviving from the undead.
Modern control that brings you a fun and addictive combat. Your duty is to shoot zombies and save yourself! It’s time to take action in the battlefield. Call your best sniper & shooter on the frontline. Shoot to kill in special ops, be quick on the trigger and survive in this addictive free sniper 3d game!

ADDICTIVE FREE OFFLINE GAMES
DEAD TARGET is one of the offline sniper games, which means you can shoot zombies whenever and wherever you want! We recommend a wifi to download the game, but you don't need wifi to play.

COMPETING ZOMBIE GAMES 3D LEADERBOARD
Raise the gun and pull the trigger, compare your kill records to know who the best killer in this zombie gun game is. Kill the most zombies and become the legendary sniper offline games!

Survive to the very end of the zombie war and build a new world!
Download & fight against the zombie apocalypse in DEAD TARGET for free now! This killing game is the fun zombie gun game that you should try!
Read more